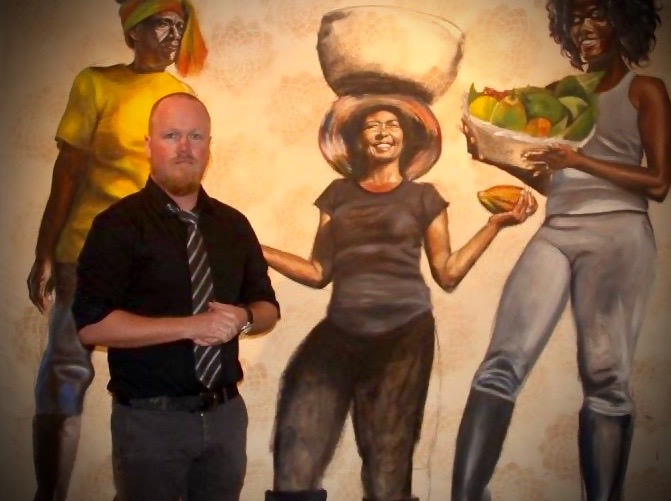 Following a landmark year of accomplishment in contemporary art, not just for Grenada, but for the region and internationally, Asher Mains continues his studio and research practice in Bolivia from April to May this year. Mains is primarily a painter but in recent years has expanded his studio practice to include installation and film and has been exhibiting in Grenada since 1994. As one of the youngest participants at the 56th Biennale di Venezia in 2015, Mains was shown in Grenada’s Official National Pavilion, one of the smallest countries to participate. Mains’ work attracted attention as painter but also through the video documenting his socially engaged practice that made cocoa farmers in Grenada part of a collaborative process. It was from this arena that Mimmo Roselli noticed Mains’ work and invited the artist to participate in a residency and contemporary exhibit in Santa Rosa, Bolivia from April 9th to May 1st.

Mimmo Roselli is an Italian sculptor and curator who is involved in the formation of an art and music school in Santa Rosa primarily for the indigenous Guarani people. Mains was invited as a figurative, representational painter with a keen interest in using natural materials that are local and represent a local sense of memory and aesthetic. This has been the subject of Mains’ research over the past year and this opportunity represents a dynamic collaboration and culmination of years of work. Other international artists will also be in residence including sculptor Sook Jin Jo from Korea, textile artist Yoko Inoue from Japan, material artist Sylvia Capriles from Brazil, muralist Adolfo Torrico from Bolivia, and muralist Juan Carlos Caizana also from Bolivia. International filmmaker, Fernando Maraghini, will document the residence and culminating exhibit, “In Dialogue with Reality of Guarani Culture”.

Mains feels privileged to have been invited and to have the opportunity to collaborate with the local Guarani people and excited about expanding some of the same processes he has been working with in Grenada in Bolivia. Mains includes, “I am excited to work in any setting that empowers people to make art through sustainable materials and local knowledge and consciousness. I believe that work should look like you are working in a particular time in history, in a particular place, amongst certain people and I am looking forward to how my own work will adapt and change through the process.”

Mains’ studio and research practice currently focuses on the materials we use to make art and how the material can cause us to have memories and experiences through the work because of our relationship to the material. Mains will be completing his Master of Fine Arts in Creative Practice from Transart Institute through Plymouth University in July. When he is not exhibiting or talking about art internationally, he can be found working from his home in his studio in St. Paul’s, Grenada. 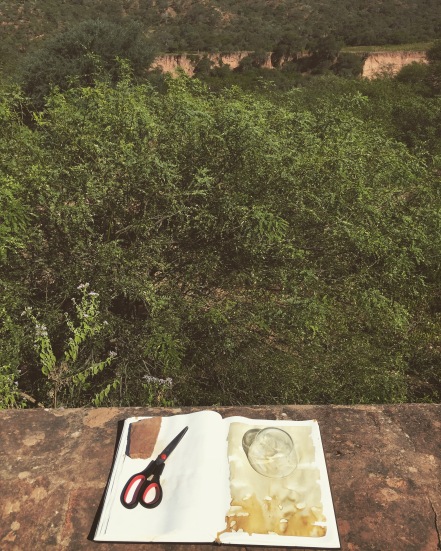 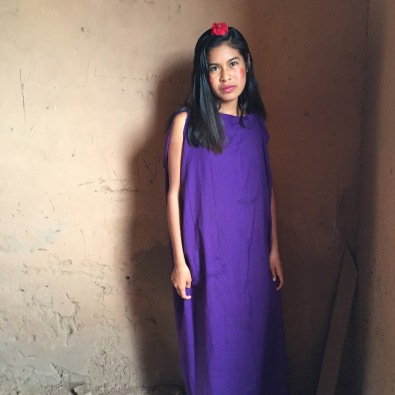 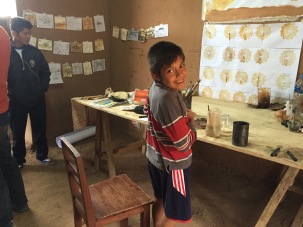 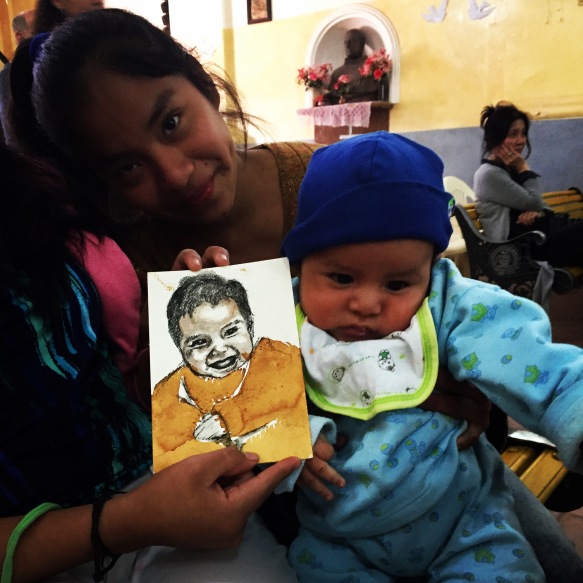 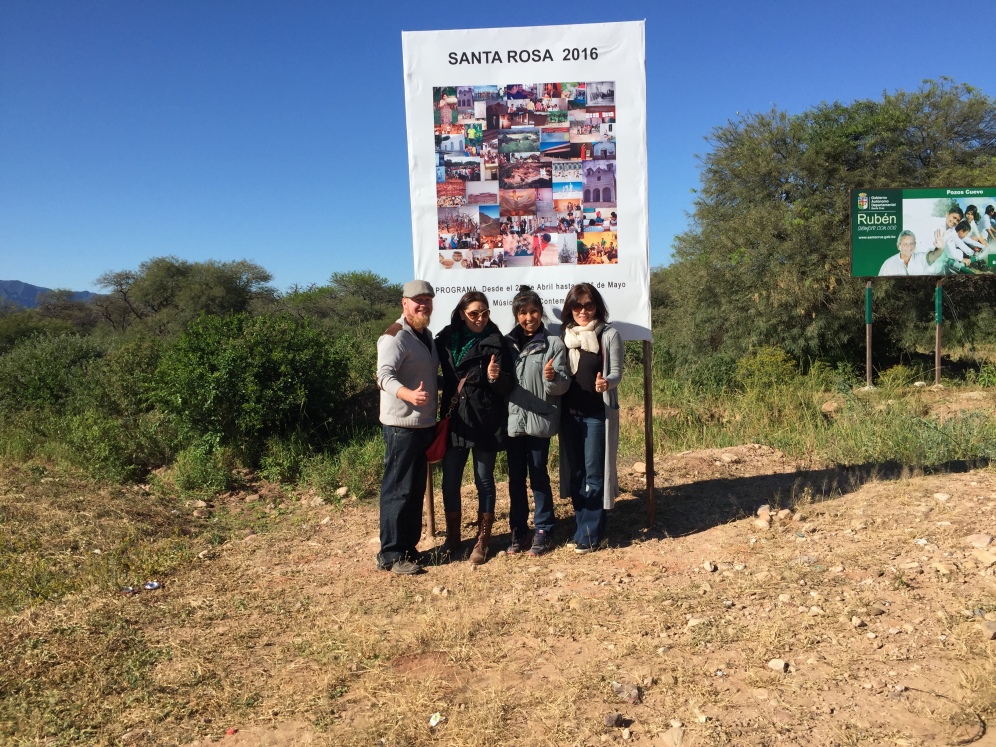 In the spring of 2016 I was invited to a residency in Bolivia in a small village in the South of the country. I was invited because of my investment in portraiture and also my commitment to local, sustainable materials in my own art practice. During the residency in Santa Rosa I collected materials from the locality during walks and exploratory excursions. I collected many different colours of rocks and clay as well as rusty bits of metal and coca leaves and sticks for making charcoal. I bought locally made vinegar, honey and eggs to use as binders and had a local carpenter make my stretcher frames or bastidors. I had brought canvas with me and aside from my brushes were the only things I brought in from the outside.

I spent time experimenting with the materials, many of which I had encountered before in Grenada. I had not done much with rocks yet and there was a small part of my studio in Santa Rosa that was dedicated to breaking little rocks with a hammer into a fine powder. The tools were crude and I would have benefitted from a mortar and pestle and a muller but the hammer served its purpose. It was a process of trial and error as some of the rocks broke down into basically sand and was not fine enough to use as a pigment. The best rocks were different colors of clay that had hardened into rocks. I would pound them to get them as fine as I could and then put the pigment into a dedicated dish. I had bought little bowls to use for this in Santa Cruz but as I needed more I began to use empty plastic bottles cut in half to hold all of my specimens.

I spent about a week doing this material exploration, experimentation, and preparation. During the process I showed local students that came to my studio how I was engaging in different processes. We made charcoal to draw with as a group and then made many drawings together with Santa Rosa charcoal. I experimented with carbonizing bones from a cow from one of our meals in the same fire as the charcoal and while they were visually appealing, they were not good for drawing and instead I pulverized some of them to be able to use as a pigment.

All of this preparation and engaging with the local environment was culminating in the production of four portraits of local students using only materials available in the viscinity. I enlisted one of the teachers to help with the selection of the students because I wanted to be fair and didn’t want to pick students because they were my personal favorite or were aesthetically pleasing. The teacher was then the intermediary to select and explain the project to two girls and two boys. This is the first time I had actually done paintings like this and after a day of experimenting I would go back to where I was staying, and had internet, and looked up different strategies and techniques. I settled on using egg yolk as a binder with a little water and vinegar added to extend the yolk and to help preserve it while I was using it. After separating the yolk from the egg white I put the egg white in a bottle to agitate and used it as glair once the tempera was gone.

Each of the portraits was done with thin layers of earth and charcoal for the darks. For white I used the canvas in a type of watercolour technique, allowing it to show through. The process of thinly layering the pigment onto the paintings was slow and meticulous but I was satisfied with the result. In the portraits the students are represented not only in likeness but by using some of the very earth that they live with. The portrait is then an embodiment of their representation rather than just a depiction. The four portraits were shown in an exhibit highlighting a contemporary practice as it encounters the Guarani (the local indigenous population).

International artist from Grenada, West Indies. Exploring modes of art-making within a local, Caribbean context. Making art with materials that are empathic and mnemonic and engaging in the process of becoming more human.
Loading Comments...
%d bloggers like this: